A three-month-old baby born with a giant cyst in her liver underwent a life-saving here at a private hospital in Abu Dhabi. The cyst measuring eight centimeters was removed by a pediatric surgeon at Burjeel Medical City performing a two-hour-long laparoscopic surgery.

The cyst in the liver had first appeared during a prenatal scan. However, after the birth of the baby, it rapidly grew to become twice the original size.

“Everything was going well. My wife was perfectly healthy and never experienced any complications. She was six months pregnant when a prenatal scan showed growth in the liver of our unborn child. We could not believe it,” said the father of the baby, who does not wish to disclose their identity.

The prenatal scan showed the cyst was about four centimeters. The news broke the heart of the couple who were joyfully expecting the arrival of their first child. However, they saw a ray of hope, as there were chances that the cyst might disappear on itself after the delivery.

Post-delivery, initial scans performed found that the cyst was benign and not growing. It was a huge relief for the couple. But their happiness did not last long. A follow-up checkup after a month found the cyst to be growing. It had grown by two centimeters to become six centimeters. “Both of us were shocked. The doctor, who we were consulting, told us that the cyst has to be operated out and advised us to consult with a pediatric surgeon,” said the father.

The couple took the baby to Dr. Rajasekhar Cingapagu, a pediatric surgeon at Burjeel Medical City, who examined the baby and monitored her for two weeks. A detailed MRI scan revealed the size, position, and the relation of the cyst to surrounding vital organs. The result of the test was devastating for the couple. The size of the cyst had become eight centimeters. The baby had to undergo surgery.

“Giant congenital liver cysts are rare and difficult to diagnose clinically. The cyst may affect other organs or rupture. It may also cause an infection or internal bleeding to worsen the condition,” said Dr. Rajasekhar.

Teaming up with anesthetists and neonatologists at the hospital, Dr. Rajasekhar designed a treatment plan. After thorough deliberation, the doctors decided to proceed with laparoscopic surgery, which is now a gold standard in managing cysts that are large and accessible. It is less painful and enables faster recovery.

The doctor removed the cyst successfully in a two-hour-long procedure without any complications. Post-operative, the baby was fit and healthy. She is feeding well and responding.

Happy and relieved parents said: “We do not know how to express our gratitude to the doctors at Burjeel Medical City. We had been going through excruciating pain during the period. They have been a great support to us. We are grateful to them, especially Dr. Rajasekhar, for saving our child and being kind to us.”

The baby was discharged three days after the surgery. 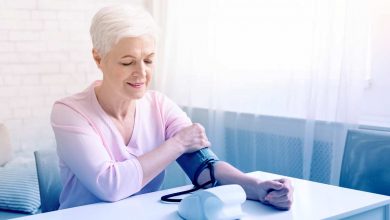