Behind round, wire-rimmed glasses, Jose Chavez’s eyes flicked between his mother and his hands on his lap. He took shallow breaths with his new lungs as he spoke about his experience battling COVID-19, which he contracted in September 2020. He was 16 then, and only a few days back in virtual high school. Now 17, Jose underwent a double lung transplant in January 2021, making him one of the youngest “COVID transplants” in the world, according to his surgeon, Dr. Gabriel Loor, surgical director of lung transplantation at Baylor St. Luke’s Medical Center.

“The doctors were saying that his lungs were like rocks,” said his mother, Ana, who was diagnosed with COVID-19 at the same time as her son. She was never hospitalized for her infection.

A year into the coronavirus pandemic, COVID transplants are becoming more common for patients who get over the initial infection but can’t breathe without the help of a ventilator or extracorporeal membrane oxygenation machine (ECMO), Dr. Gabriel Loor said. But lung transplants, even for COVID-19, are exceedingly rare for 17-year-old boys. Much about Jose’s case is rare, said Loor. “No. 1, he’s a younger patient, and No. 2, the patient neither died from COVID, and he didn’t recover either,” Loor said. “He was somewhere in between.

COVID-19 hit four out of five members of the Chavez family last fall. Though they’re not sure where it originated, Jose’s father was the first to feel sick and test positive. From there, Jose, his mother, and his younger brother felt symptoms and took numerous COVID tests.

Compared to Jose, the rest of his family had mild cases. But he ran a 105-degree fever for several days — Tylenol and fluids did nothing to help, his mother said. About eight days after his positive COVID test, the Brownsville teen was admitted to a hospital. And while he was moved to hospitals in three different cities — Harlingen, San Antonio, and Houston — one thing remained constant for the following five months: He lived in a hospital bed. He lost his ability to discern place and time, his mother said. On the rare occasions when he opened his eyes, Jose would groggily ask where he was.

The answer always came: In the hospital. But he didn’t understand why. “Because you got very sick. The COVID never went away,” his mother would reply, adding that the condition of his lungs had only worsened. Even as the infection abated, Jose didn’t get better, much to his doctors’ confusion.

Jose was an active teenager, playing tenor saxophone in his high school’s marching band — an activity that requires lung fitness. As a young child, he had mild asthma but never required an inhaler. Within the first few weeks in a hospital, Jose was intubated and placed on a ventilator that breathed for him. After his transfer to San Antonio, he was placed on ECMO support, which meant he breathed through an artificial lung.

By early 2021, the COVID staff at Baylor St. Luke’s in Houston had begun developing its own practices for the 100 to 150 long-term patients on ECMO support.

When the process works right, ECMO patients recover slowly, until they’re removed from that machine. Typically, they remain on the ventilator for a while longer. Once they’re removed from the ventilator, they are slowly weaned off additional oxygen, Loor said. But Chavez’s case was a “stalemate,” Loor said. Though his health wasn’t improving, the boy was well enough to be placed on a lung transplant list. And more evidence pointed toward his need for new lungs. Though the virus was no longer in his body, it “wreaked so much havoc” that the aftermath on Jose’s lungs would lead to irreversible lung damage and chronic lung disease, Loor said.

Without the transplants, it was likely Jose would be connected to an ECMO machine to stay alive, Loor added. Loor began reaching out to transplant programs across the country to learn how they handled similar patients. While there is no official COVID transplant registry yet, everything Loor learned from the small network of transplantation surgeons worldwide leads him to believe Jose could be the nation’s youngest double-lung transplant. Jose’s young age has been a “silver lining” in terms of his transplant surgery and recovery, Loor said. “He has more reserve than the average person that has suffered from a chronic respiratory illness for many years,” Loor said. “If he happened to be older, undergoing transplant surgery stresses the body. Younger patients are up and out of bed in a day or two. ”Jose’s age and activity levels before he was sick helped him take deeper breaths and move quickly,” Loor said. His younger body will likely respond better to immunosuppression medications he will need to take for the rest of his life.

About three weeks after his surgery, Jose was finally discharged to live in a Houston rental house with his family for 95 days. He follows up with his doctor every two weeks and practices physical therapy for his newfound balance issues.

Loor believes that younger patients who receive transplants use good judgment and understand the risks of taking immunosuppression medicine, such as having a lower immune response. “They can even go parachuting, on expeditions or hikes,” Loor said. “He can really go about living a normal life, which is what we really want if he is cautious and takes his immunosuppression medicine.” At times, the last seven months have felt unreal to Jose — from the long hospital stay to living in Houston to taking new medications that work to keep his body from rejecting his new lungs.He’s ready to return to the Valley and attend his senior year virtually, he said.

His mother is hesitant to let any of her three sons return to in-person school after Jose’s ordeal.  From his cellphone, Jose shows off pictures of his transplant surgery proudly. He was interested in the medical field before his experience with COVID, and his surgery has solidified that goal. “I want to be a surgeon,” he said. 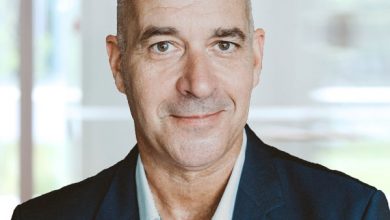 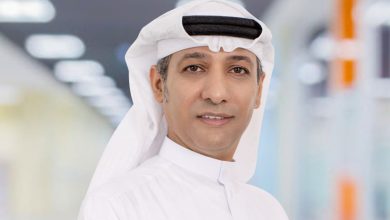