H.H. Sheikh Hamdan bin Rashid Al Maktoum, Deputy Ruler of Dubai, UAE Minister of Finance, and Patron of the Hamdan Medical Award received H.E. Abdul Rahman Al Owais, UAE Minister of Health and Prevention and Chairman of the Award’s Board of Trustees, and HE. Abdullah Bin Souqat, Executive Director of the Award. During the meeting, H.H. Sheikh Hamdan approved the names of 10 winners of the Award’s 11th term (2019-2020), which is mainly centered on Artificial Intelligence (AI) in health care.

During the meeting which was held at Zabeel Palace, H.H. Sheikh Hamdan Bin Rashid was briefed on the winners of the International Awards, Arab World Awards, and UAE awards. H.H. Sheikh Hamdan praised the transparency and impartiality in selecting the winners, which is the harvest of the great efforts by the members of the Award’s scientific committees, General Secretariat, and Board of Trustees, during the previous two years.

On the other hand, H.E Abdul Rahman Al Owis thanked H.H. Sheikh Hamdan bin Rashid Al Maktoum for his generous and continuous support for the health and medical sectors. He also praised the important role played by the Award in achieving medical excellence locally, regionally and internationally. He also thanked His Excellency Omar Sultan Al Olama, Minister of State for Artificial Intelligence, for his directives in direct work with the Scientific Committee.

It is worth mentioning that the official announcement of the winners will be among the activities of the ceremony that will be organized by the Award during November 2020. The ceremony will be held virtually, in line with the UAE`S strategy to maintain social distancing to limit the spread of the novel COVID-19 virus. The Awards carry a total value of AED 2 million and 800 thousand. 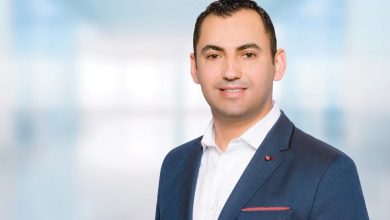