By Dr. Asmaa Abdulsalam, Consultant of Obstetrics and Gynecology at Al-Ahli Hospital / Qatar

Fetal-Maternal medicine has achieved a lot of progress in the last three decades looking for better prognosis for both the mother and the newborn by looking for early detection of any abnormalities related to the mother and the fetus so all precautions could be taken to prevent and to treat these disorders. Fetal-maternal medicine does not start with onset of pregnancy but starts even before, preparing the mother to coop at the best with her pregnancy

Mother should start folic acid at least 3 months before getting pregnant to minimize and prevent neural tubal, defects in the fetus like Anencephaly. Hydro- Cephalus and Spina Bifida.  A woman who is known to have past history of gestational diabetes mellitus should control her blood glucose at least 3 months before pregnancy to avoid miscarriages and minimize risk of congenital abnormalities in addition to minimizing fetal and maternal morbidity and mortality during pregnancy and delivery.

This also applies to other medical problems like auto-immune diseases, hypertension, cardiac disorders, iron and vitamins deficiency, obesity and metabolic disorders not only this but the woman also should be psychologically stable and ready for getting pregnant.

Every effort should be done to prevent unwanted, unplanned pregnancy to avoid unsafe abortion and to minimize the stress on the mother which subsequently will be reflected on her and the newborn’s health.

Once a woman gets pregnant and pregnancy is confirmed by BHCG (Pregnancy Hormone) and during the first three months of pregnancy, it is essential to screen for congenital abnormalities using the ultrasound to check for the nuchal translucency and nasal bones as a predicting test for trisomy, recently with new advanced ultrasound machines combined with proper training, many other congenital abnormalities could be detected as early as 11-13 weeks.

To increase the predictability of detecting trisomy. Recently, by the ultrasound, fetal measurements combined with level of certain hormones and proteins in the mother blood can can, through specific computer programs, calculate the risk of having trisomy what is called Double and Triple tests. Another predicting test is the PANORAMA test where the fetal cells are separated from maternal blood and submitted to chromosomal tests. It can also predict the trisomy and other genetic disorders with high accuracy. If the predictive tests proved to be at high risk for fetal abnormalities, more certain and invasive tests can be done – if the parents give consent – like Chorionic villous biopsy and amniocentesis.

Uterine artery doppler is another test that can be done early in pregnancy to predict pre-eclampsia, recently a new test has been developed which combines uterine artery doppler readings together with many predicting factors like medical, family history of chronic hypertension, renal disorders, autoimmune diseases, pre-eclampsia  together with specific  hormonal levels in maternal blood, the result of this test is reliable in determining those who are at high risk for developing pre-eclampsia before 34 week. Accordingly, high-risk group should start Aspirin of 100 mg tablet daily before 16 weeks pregnancy and continuously taken till 34 weeks, this prophylactic treatment is effective by 97% in preventing pre-eclampsia subsequently decreasing maternal and fetal morbidity significantly and proving to be cost-effective. Ultrasound in the second trimester has also achieved a huge progress with the development of the skills of the obstetricians and the accuracy of the machines that can detect a lot of morphological abnormalities of the fetus including the heart, brain and fetal circulation and cervical length of the uterus.

In the last trimester, ultrasound is a useful tool in the diagnosis of intrauterine growth restrictions and small for gestational age and to decide on the time of delivery based on umbilical artery and middle cerebral artery doppler. It can also diagnose with great accuracy the placental situation and its relation to the cervix, previous scars and degree of penetration in the endometrium and myometrium in other words ultrasound can diagnose different degrees placenta previa, accreta and scar pregnancy.

Obstetricians are now active in using ultrasound during labor to examine the progress of labor during first and second stage of labor and in properly diagnosing malpresentation of the fetal head before application of the forceps or vaccum so minimizing the fetal injuries. Intrapartum ultrasound can assess the presenting part and its relation to maternal pelvis, station and degree of engagement of the head using angle of progression, fetal perineum distance. Fetal head -Symphysis pubis distance and attitude of the fetal head in the pelvic curve as parameters of progress of labor, it can also assist the dilatation and effacement of the cervix without digital examination which is more convenient and less stressful and painful to the delivering woman.

Intrauterine surgery became a routine in certain centers all the world to correct the congenital abnormalities before delivery like Spina Bifida repair which is closing of a defect in the back of the fetus by 20 weeks gestation through direct open surgery or fetoscope. This operation is successful in correction of the defect and protecting the baby from complications of neural tubal defects after delivery. However, intra uterine surgery is not always beneficial with other congenital abnormalities correction and should be done only when the benefit exceeds harms. 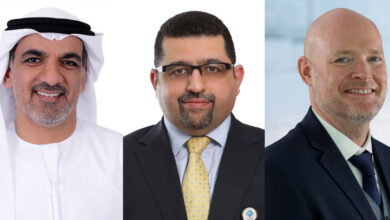 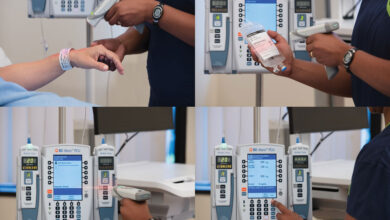