Laboratory sample tubes are one of the most important tools in any examination, given their high-quality specifications. Their production requires high accuracy and raw materials with medical classification that conforms with international standards. The manufacture of blood drawing tubes is a giant project that is produced in specific factories and is characterized in the production process. The tubes used differ according to the blood test, and the substance inside each tube varies according to the type of test required. Blood may be collected into a tube containing an anticoagulant, which prevents clotting. The tubes are different in sizes and have different colored caps, and each color indicates the content of the tube.

Types of tubes and cap colors

The tube caps used for collecting lab samples indicate their specifications and what they contain, such as the presence /absence of additives, preservatives or coagulants, provided that the type of tube is determined according to the required tests. Preservatives prevent changes in the sample and anticoagulants prevent clotting, in addition to the presence of special vacuum tubes called Vacutainer Tube.

Red cap tubes indicate that it is free of additives such as anticoagulants, and some of them add silicon or gel in order to reduce the hemolysis process. Such tubes are used in the blood bank and some routine chemical tests and hormones, as they are used in the Serology Department. It contains silica particles inside it to separate the serum or as it is known as the blood serum.

This type of tube contains an anti-coagulant, which is a gel that is placed in a very simple way because it is not concentrated, so that this substance can prevent clotting and separate the serum. This type of tube is used in blood culture specimen collections in microbiology.

This type of tube is used in blood clotting tests such as fibrinogen factor test, prothrombin time (PT) and partial prothrombin time (PPT). Sodium citrate is placed inside the tube, and after the sample is drawn, 7 ml of it is added, and then it is placed on a blood sample of the same size.

This type of tube is used the least and is for biochemical tests that require plasma heparin or whole blood for analysis. Substances such as sodium or lithium heparin are added to it. It is also used in the Cytogenetics Department, and can be also used in measuring pH, blood gases, electronics, amino acids, and hormones. The volume of the sample to be withdrawn from the patient is 10 ml.

It is used in hematology tests, where complete medical analyzes are required for blood analysis. It contains Ethylenediaminetetraacetic acid (EDTA), which acts as an anticoagulant by removing calcium from the blood. It also contains some minerals in the blood, and this is used in the treatment of iron, lead, or mercury poisoning. 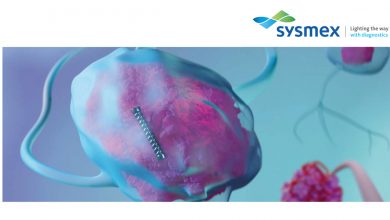 The Importance of Thyroid Molecular Testing in Management of Thyroid Nodules