“Antibiotic resistance leads to difficulty in treatments of infections”

World Antimicrobial Awareness Week (18-24 November) – (WAAW) is a global campaign that aims to raise awareness of antimicrobial resistance worldwide and encourage best practices among the general public, health workers and policy-makers to slow the development and spread of drug-resistant infections. ‘Hospitals’ had the pleasure to interview Dr. Zartash Khan, Infectious Disease Specialist at Clemenceau Medical Center in Dubai – CMC Dubai to highlight the importance of Antimicrobial Awareness.

With reference to the ‘World Antimicrobial Awareness Week’ (18-24 November), what is the scale of this problem?

Antibiotics are becoming increasingly ineffective as drug-resistance spreads globally leading to more difficult to treat infections and deaths. 300 Million deaths are projected to be attributed to anti-microbial resistant infections by the year 2050. It is speculated that antimicrobial resistant infections will cost the global health economy about 100 Trillion USD by the year 2050 (Ref PMID 27227291). WHO has declared that AMR is one of the top 10 global public health threats facing humanity.

Held annually since 2015, WAAW is a global campaign that aims to raise awareness of antimicrobial resistance worldwide and encourage best practices among the general public, health workers and policy-makers to slow the development and spread of drug-resistant infections. The Tripartite Executive Committee decided to set all future WAAW dates as 18 to 24 November, starting with WAAW 2020. The overarching slogan used for the last 5 years was “Antibiotics: Handle with Care.” This has been changed to “Antimicrobials: Handle with Care” in 2020.

Antibiotic resistance is accelerated by the misuse and overuse of antibiotics. What is the scope of this problem worldwide?

Misuse and overuse of antimicrobials are the main drivers in the development of drug-resistant pathogens. The emergence and spread of drug-resistant pathogens that have acquired new resistance mechanisms, leading to antimicrobial resistance, continues to threaten our ability to treat common infections. Especially alarming is the rapid global spread of multi- and pan-resistant bacteria (also known as “superbugs”) that cause infections that are not treatable with existing antimicrobial medicines such as antibiotics.

The clinical pipeline of new antimicrobials is dry. In 2019 WHO identified 32 antibiotics in clinical development that address the WHO list of priority pathogens, of which only six were classified as innovative. Furthermore, a lack of access to quality antimicrobials remains a major issue. Antibiotic shortages are affecting countries of all levels of development and especially in healthcare systems.

For common bacterial infections, including urinary tract infections, sepsis, sexually transmitted infections, and some forms of diarrhea, high rates of resistance against antibiotics frequently used to treat these infections have been observed worldwide, indicating that we are running out of effective antibiotics. For example, the rate of resistance to ciprofloxacin, an antibiotic commonly used to treat urinary tract infections, varied from 8.4% to 92.9% for Escherichia coliand from 4.1% to 79.4% for Klebsiella pneumoniae in countries reporting to the Global Antimicrobial Resistance and Use Surveillance System (GLASS).

The bacteria Staphlylococcus aureus are part of our skin flora and are also a common cause of infection both in the community and in health-care facilities. People with methicillin-resistant Staphylococcus aureus (MRSA) infections are 64% more likely to die than people with drug-sensitive infections.

How can taking antibiotics contribute to antibiotic resistance?

Over the course of time, bacteria evolve and adapt to the environment that they live in. In case of repeated exposure to antibiotics mutational adaptations of existing genes, acquisition of new genetic material from other strains or species occur.  Antibiotic resistance can occur by introducing chemical changes to the antimicrobial molecule and making it ineffective, by producing enzymes that result in antibiotic breakdown (such as beta- lactamase), by decreasing antibiotic penetration (thickening of bacterial cell wall), by causing efflux of antibiotic (increase cell wall permeability), and by modification of target sites.

What are the side effects?

Antibiotic resistance leads to difficulty in treatments of infections. It leads to treatment failures and causes premature and otherwise avoidable deaths. It puts a huge burden on global economy.

How do we fight it? How can we avoid it?

We must recognize the gravity of this global threat. Each of us should take responsibility. Physicians must use their best judgment. Learn to master your skills and when in doubt seek expert opinion. In some cases, healthcare professionals feel obligated to prescribe an antibiotic for patient’s satisfaction. Please talk to your doctor and develop trust.

How do we tackle antibiotic resistance?

All major health authorities such as World Health Organization, Centers for Disease Control and Joint Commission International have enforced antimicrobial stewardship programs to be implemented in healthcare organizations. One purpose of the programs is to facilitate proper use of antibiotics.

WHO is recommending that farmers and the food industry stop using antibiotics routinely to promote growth and prevent disease in healthy animals. Many countries have already taken action to reduce the use of antibiotics in food-producing animals. For example, since 2006, the European Union has banned the use of antibiotics for growth promotion. Consumers are also driving the demand for meat raised without routine use of antibiotics, with some major food chains adopting “antibiotic-free” policies for their meat supplies.

Alternative options to using antibiotics for disease prevention in animals include improving hygiene, better use of vaccination, and changes in animal housing and husbandry practices. 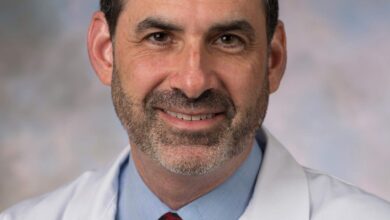 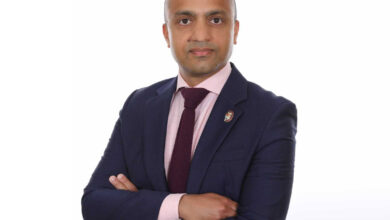