Interior Health, located within British Columbia’s interior, had just completed bringing the Vocera communications platform to its acute hospitals and long-term care homes when the COVID-19 pandemic struck with full force in March of this year.

It was excellent timing, as the technology enables staff and clinicians to instantly call each other by using hands-free badges, even when wearing personal protective equipment. The user can touch a button on the badge and simply say call Dr. John Smith, and he or she will be quickly connected. Users can even find a person by role. For example, you can ask for the on-call cardiologist, and the system will find the person on its own. That was a big help when it came to managing patients and keeping staff free from infection.

“When COVID hit, we had to respond quickly,” said Andrew Povah, Manager of Mobility and Conferencing Services at Interior Health, who spoke at a webinar on Real-Time Communication Systems in Healthcare, in October. “We let the staff know that communications would be essential.”

Interior Health serves a population of 801,000 in British Columbia and comprises numerous hospitals and long-term care homes, 44 of which utilize Vocera. It has an annual operating budget of $2.6 billion. During his webinar presentation, Povah gave specific examples of how the Vocera platform has helped staff and clinicians with patient care in the time of COVID.

He discussed the case of the region’s Princeton General Hospital, a community facility just outside Penticton, BC. While the centre is well-equipped for acute care and has an emergency department and its own lab, it didn’t have isolation rooms for patients infected with COVID-19.

The staff at Princeton General improvised and quickly created an isolation room, but it lacked windows, telephony and intercoms. “So, facilitating effective communication in this room was a huge challenge,” said Povah.

Phones or intercoms to communicate with patients could have been installed, but it would have taken a fair amount of time. “When you’re cabling and you’ve got contractors coming in, it’s not a matter of days that you need, it’s weeks,” Povah noted.  He said that since the facility was already using Vocera, the I.T. staff asked why they hadn’t extended it into the isolation room. It turned out that clinicians were using highly plasticized, protective gowns, and the heavy PPE generated noise that made it hard to work with the Vocera badges, especially when used underneath the gowns.

A solution was found in wearing the badges outside the gowns and using a special protocol for cleaning the devices afterwards.

Soon, it was found that clinicians could continue wearing the badges under their gowns by retraining the Vocera system to understand their muffled voices.

As well, a badge was installed in the room using the auto-answer feature, so that it acted as a wireless intercom. “It meant we didn’t have to take badges in and out of the room anymore,” said Povah. Instead, staff outside the room could converse with clinicians who had entered, as well as with the patient.

“This was a very successful implementation, and we took the learnings and used them at our other sites in British Columbia,” said Povah.

Meanwhile, at the Kelowna General Hospital, a large tertiary facility, Povah said there was significant demand from clinicians who wanted streamlined communications. The strategy was to increase the number of devices being used by clinicians, such as in the emergency department. “This greatly improved their ability to communicate about the flow of patients in the ER,” said Povah.

Another group that hadn’t previously been onboarded were the respiratory therapists. With COVID-19 being a respiratory disease, their services were crucial. “This deployment was extremely helpful,” said Povah.

He noted that the platform was also useful to security personnel and those controlling the entrances and exits of the hospital. The purpose here was to assess visitors and determine whether they could come in.

Using the backend programming of the Vocera system, role-based communications were deployed and became important. This occurred in logistics and was helpful in replenishing PPE.

As there were constraints in the supply of PPE, the wards were being stocked on an as-needed basis. “That meant when you needed top-ups, you needed them very quickly,” said Povah. “That role was very effective in getting the PPE to the right place and the right time.”

Another important role, and perhaps an unexpected one, was elevator cleaning. “After a patient transfer, we had to clean the elevator and communicate that it had been completed to ensure the safety of our staff and patients,” he said. “Vocera played a key role there.”

At Noric House, a long-term care home in Vernon, BC, visits to the facility were limited, and at times were completely prohibited. However, the facility used the Vocera system to connect patients to visitors – outside their windows – by deploying a Vocera badge in the room of the patient. As with the Princeton General Hospital, the badge was set to auto-answer, so the patient didn’t have to manually operate the device. Visitors outside could be connected, even using their own cell phones, and they could communicate with their loved ones inside.

“It bridged the communication gap while we weren’t allowing visitors inside,” said Povah.

Dr. Ben Kanter, Chief Medical Information Officer at Vocera, asserted that an integrated communication system is essential for hospitals to respond quickly to a variety of patient alerts, and to connect staff and clinicians.

Clinicians shouldn’t have to pause to look up a number, contact the switchboard, or find out who is on call in a hospital. An integrated system should be able to do this work for the clinician or staff member.

“The quicker a message gets through to a nurse or other healthcare professional, the more likely there will be a good outcome,” said Dr. Kanter, who also spoke at the webinar.

Indeed, Dr. Kanter said that “shortening the time to act – for clinical and operational processes – is critical to overall healthcare delivery.”

He noted that Vocera can be used to integrate the large number of alerting systems used in hospitals – such as cardiac monitors, telemetry and lab results – and when appropriate, to direct them to the right person, so the situation can be normalized. If a person is busy or doesn’t respond, the system can escalate the message to the next available and appropriate person.

“To accomplish this, hospitals need technologies that can monitor systems and using rules and logic, can distribute information to staff based on their various roles and responsibilities.”

Without a system of logical handoffs, he observed, a nurse could otherwise receive five alarms from five different systems in the space of five minutes. “That can be chaotic,” said Dr. Kanter.

“To alleviate this, the Vocera platform monitors clinical and operational systems, uses rules-based determinations to determine if information is actionable, and if so, makes sure it’s delivered to the most appropriate person or team.”

He noted that messages can be sent to any and all devices, from hospitals with a BYOD strategy, to Vocera’s own badges or standard tablets, phones and desktops. Moreover, using the Vocera devices, communication can be done hands-free, using voice recognition and activation. “We’ve been doing this for 20 years,” said Dr. Kanter. “Long before Amazon and Google.” 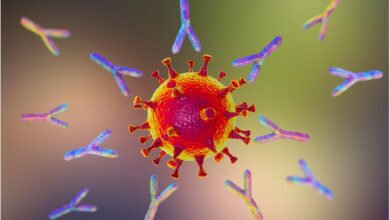 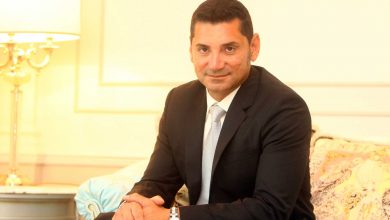