Endometriosis has been estimated to affect up to 10% to 15% of reproductive-age women. Most women with endometriosis have a delay on average of 7 years from the onset of symptoms until the diagnosis is made, the symptoms could be irregular bleeding, menstrual dysfunction, pain and infertility.

Ovarian endometrioma affects 17-44% of woman with endometriosis, endometriomas also known as chocolate cysts containing thick old hemorrhage that appears as brown fluid.  In 50% of cases, the endometriomas are bilateral, they are more frequently located in the left ovary. Pathogenes is still controversial and many theories are trying to explain the nature and the cause of this disease. The most acceptable theory is invagination of ovarian cortex secondary to implant of metaplastic cells in the coelomic epithelium. Pelvic ultrasound is usually enough to make the diagnosis of endometrioma, however MRI is the gold standard.

The causes of infertility in women with endometrioma can be attributed to many factors such as adhesions and blockage of the fallopian tube, inflammatory response that may participate in degradation of oocyte and sperms. Endometrioma might lead to poor embryo quality, poor ovarian reserve and inflammation affecting endometrial receptivity.

Management of ovarian endometrioma can be complex and should be individualized. The optimal treatment will depend on the patient age, severity of pain, characteristics of the cyst, unilateral or bilateral, the presence of coexisting deep infiltrating lesion and clinical history of previous surgery.

Laparoscopic surgeons believe that surgery should be the first step in management of endometriomas as these lesions are less likely to disappear on their own. Surgery will improve pain, improve fertility, reduce risk of ovarian cancer, reduce risk of pelvic infection at the time of oocyte retrieval, reduce risk of contamination by the chocolate material which affects the quality of oocytes, and surgery is less costly compared to IVF treatment. While IVF specialists believe that surgery might increase the damage to the ovary and further reduce the ovarian reserve, the Royal College of obstetricians and gynaecologists (RCOG) guideline advised for surgery before IVF in highly symptomatic women and those with good ovarian reserve, patients with unilateral large cysts, and cysts with suspicious features.

If surgery is to be contemplated, laparoscopy is the surgery of choice, as it offers quicker recovery and resumption of everyday activities.  Surgeon’s expertise and technique is of paramount importance to minimize damage to the ovary.  The best technique is to strip the endometrioma wall, but it is not always possible to do in all cases.

Laparoscopic cystectomy for ovarian endometriomas greater than 4 cm improves fertility compared to cyst drainage and coagulation, which is associated with a high risk of cyst recurrence. Proper assessment before surgery is extremely important as a significant number of women with endometrioma had reduced ovarian reserve due to pathology itself.  Transvaginal aspiration before IVF cycle is useless, dangerous and should not be contemplated.

Postoperative medical therapy has been advocated as a means of eradicating residual endometriotic implants in patients with extensive disease in whom resection of all implants is impossible or inadvisable. Postoperative hormonal therapy also may treat microscopic disease; however, none of these treatments has been proven to enhance fertility. But these therapies are sometimes to reduce pain. 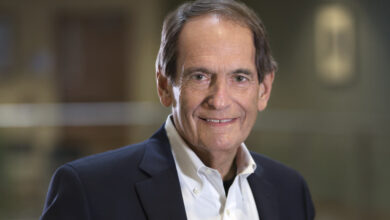 Gene Therapy for Spinal Muscular Atrophy: From Idea to Reality 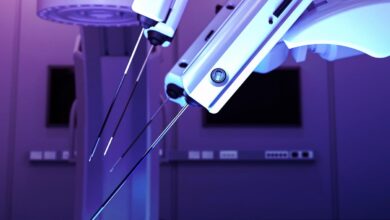