The most common blood disorder Iron-deficiency anemia (IDA) occurs when the body has insufficient iron to support red blood cell production. Iron deficiency is the most common cause of anemia worldwide affecting millions of people. Anemia is a condition in which you don’t have enough healthy red blood cells to carry adequate oxygen to the body’s tissues, thus, resulting in the damage of body cells. When the body does not have sufficient amounts of iron to produce hemoglobin, the protein needed to transport oxygen in the blood, the patient begins to experience symptoms of anemia.

Nutritional deficiency anemia mainly results from a lack of iron, but a lack of folate or vitamin B12 can also cause anemia, and a low vitamin C intake can contribute. Anemia is a medical condition in which the red blood cell count or hemoglobin is less than normal. For men, anemia is typically defined as hemoglobin level of less than 13.5 gram/100 ml and in women as hemoglobin of less than 12.0 gram/100 ml.

Anemia signs and symptoms vary depending on the cause of the anemia. They may include:

To diagnose anemia, your doctor may ask you about your medical and family history, perform a physical exam, and run the following tests:

Complete blood count (CBC): A CBC is used to count the number of blood cells in a sample of your blood. For anemia your doctor will be interested in the levels of the red blood cells contained in the blood (hematocrit) and the hemoglobin in your blood.

Serum Iron test: Abnormal iron tests could be a sign of iron deficiency.

Stool test: It may show hidden blood due to ulcers or tumors in the stomach and intestines.

An intestinal disorder, such as celiac disease, which affects your intestine’s ability to absorb nutrients from digested food, can lead to iron deficiency anemia. Without iron supplementation, iron deficiency anemia occurs in many pregnant women because their iron stores need to serve their own increased blood volume as well as be a source of hemoglobin for the growing fetus.

Your doctor may recommend over-the-counter iron tablets to replenish the iron stores in your body. Your doctor will let you know the correct dose for you. Iron supplements can cause constipation, so your doctor may also recommend a stool softener. Iron may turn your stools black, which is a harmless side effect.

Eating a well-balanced diet that includes iron-rich foods may help you prevent iron-deficiency anemia. Iron deficiency can’t be corrected overnight. You may need to take iron supplements for several months or longer to replenish your iron reserves. Generally, you’ll start to feel better after a week or so of treatment. Ask your doctor when to have your blood rechecked to measure your iron levels.

The treatment of anemia depends on its type after the patient undergoes a series of laboratory tests. The treatment begins with the recommendation to follow a healthy diet and take iron, folic acid, and vitamins supplements.  The treatment of the anemia varies greatly. First, the underlying cause of the anemia needs to be identified and corrected. For example, anemia as a result of blood loss from a stomach ulcer should begin with medications to heal the ulcer. Likewise, surgery is often necessary to remove a colon cancer that is causing chronic blood loss and anemia.

Sometimes iron supplements will also be needed to correct iron deficiency. In severe anemia, blood transfusions may be necessary. Vitamin B12 injections will be necessary for patients suffering from pernicious anemia or other causes of B12 deficiency. In certain patients with bone marrow disease (or bone marrow damage from chemotherapy) or patients with kidney failure, epoetin alfa may be used to stimulate bone marrow red blood cell production. If a medication is thought to be the culprit, then it should be discontinued under the direction of the prescribing doctor. 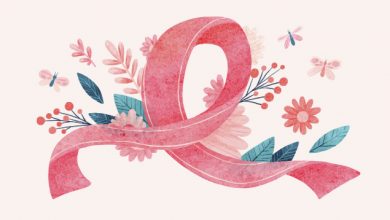 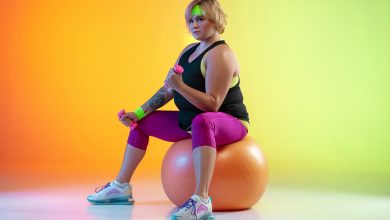